Coins Made of Turtle Shell Discovered at Famen Temple 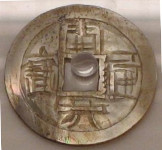 During renovation of the Famen Temple (Famensi 法门寺) in 1987, an underground “palace” was discovered under the foundation of the pagoda. This secret vault was found intact and had never been looted by grave robbers. Upon opening the vault, the archaeologists discovered remarkable treasures including the relic of a finger bone of the Buddha (释迦牟尼). [...] 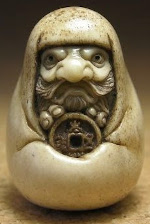